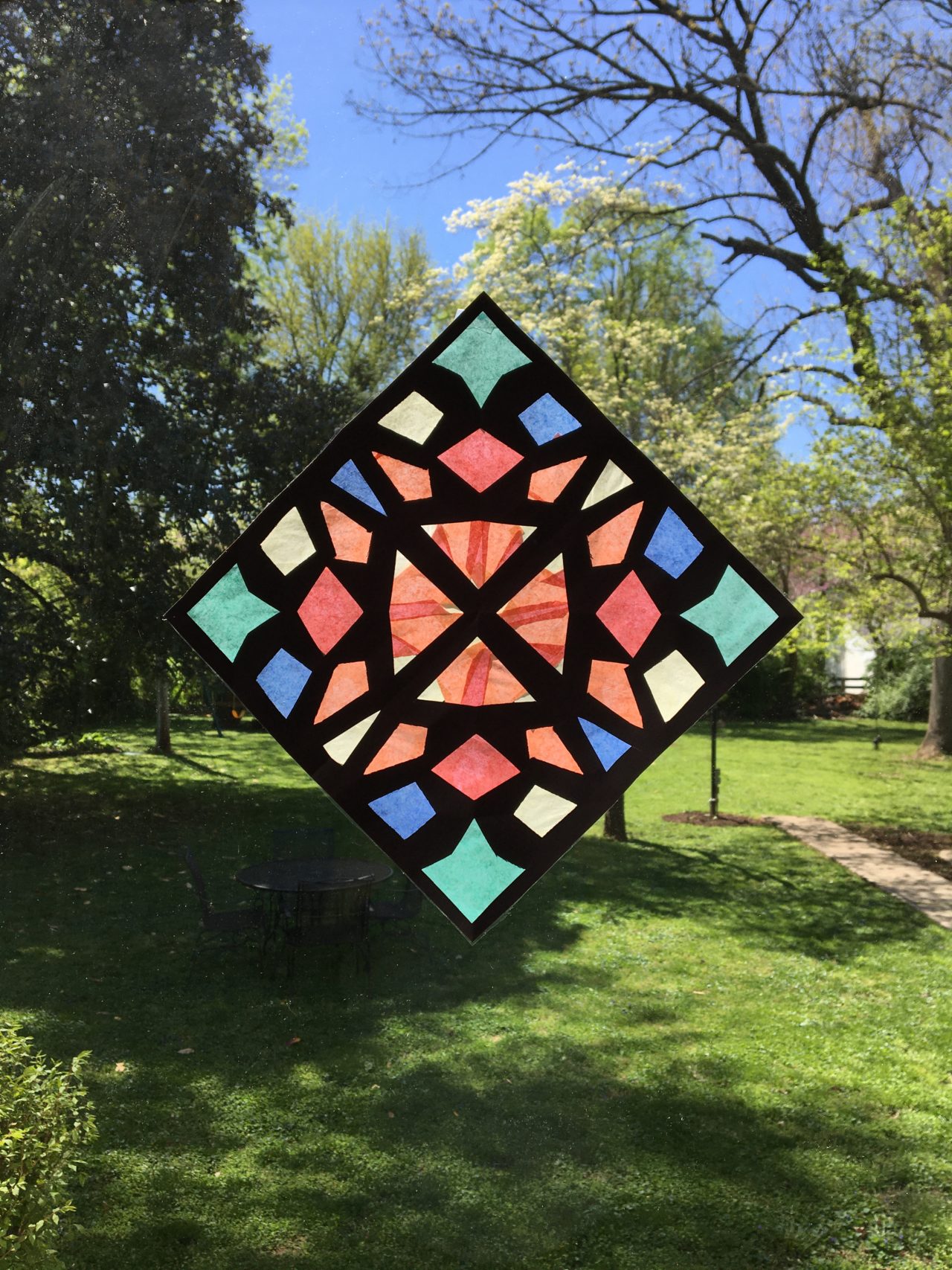 Stained glass has been in use since ancient times: even the Egyptians and Romans made colored glass objects. Christians incorporated stained glass windows into churches all the way back to the fourth century! These beautiful windows were and are still common in many buildings: churches, homes, and public buildings such as Union Station. Louisville is fortunate to have skilled craftsmen still working today just as they did over 100 years ago. You can see good examples of leaded glass windows especially in the entry doors and stairways of #OldLouisville and the #CherokeeTriangle neighborhoods. (Share your windows with us by tagging #VitalSites!)

Victorians appreciated stained glass as one of numerous decorative details. At the Brennan House, we find several examples around the house. Note the Brennan and Bruce family crests in these windows (the family crests are found not just in windows, but also in china and crystal). The crest is a symbolic picture of the family name, often including animals or plants to represent a mythological or biblical story. The Latin below the Brennan crest (left) is translated to: If God is for us, who can be against us?

In the Bruce crest (right), the animals stand for Lion in War and Lamb in Peace. The spider represents a story: A man was chased and hid out in a shallow cave. A spider helped him by spinning a web across the opening of the cave. When the pursuers approached the cave, they did not go in because they knew no one could have passed without disturbing the web. Thus, the spider saved the man’s life.

But enough stained glass education for now – back to the craft for today! If you have black construction paper and tissue paper at your house, plus standard crafting supplies, you and/or your kids can make a mini stained glass window!

Create a square from black construction paper and then fold it on the diagonal two or three times to create a smaller triangle. If you’ve ever made snowflakes from coffee filters, it’s a similar step. Then carefully cut out shapes, being mindful to maintain the outer border as the window frame. A piece of plastic wrap or even wax paper could be glued onto the black paper cutout to make gluing the tissue paper easier, but this step is optional (the tissue paper would be glued onto the plastic wrap side).

Then, design away and hang up in a sunny window! Please share your creations with us by tagging #VitalSites on social media! Have a wonderful Easter weekend!