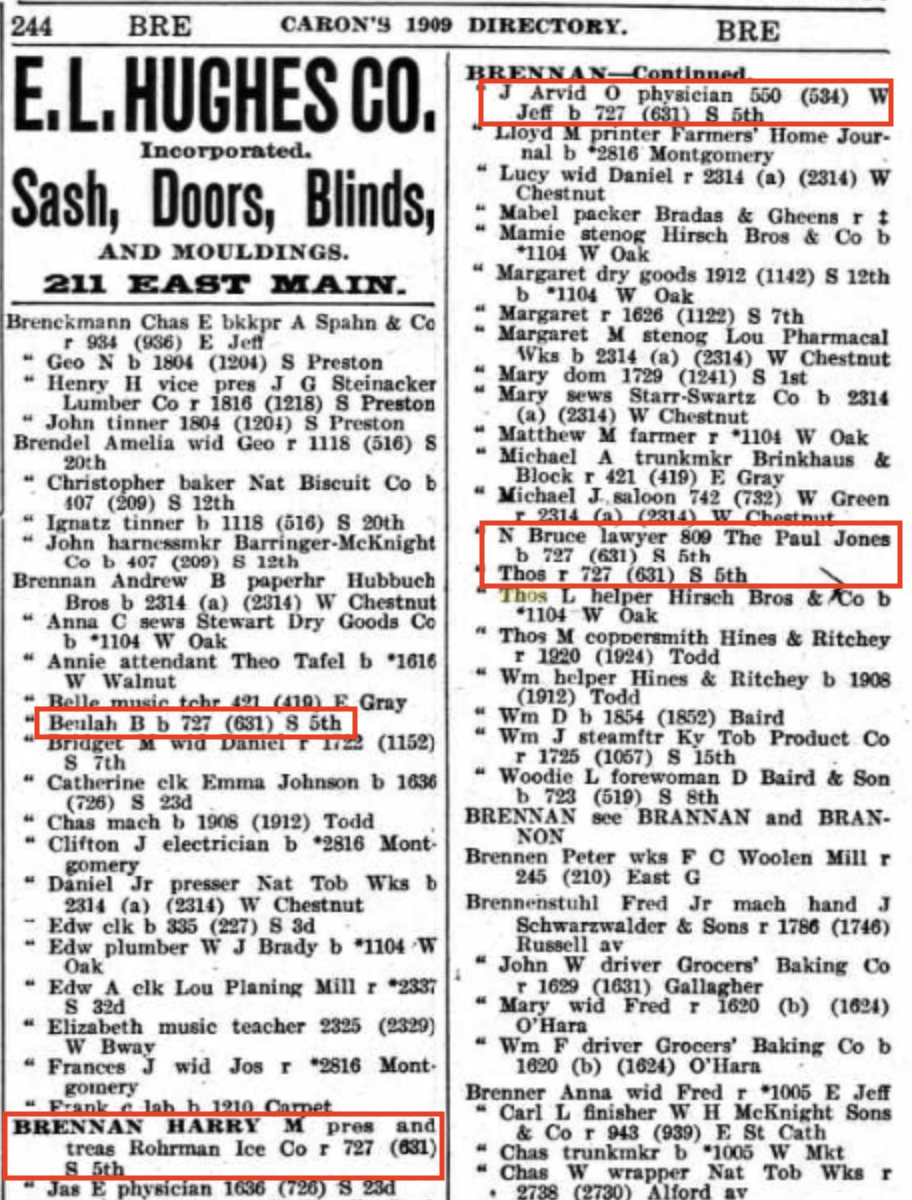 Thought about researching your home lately? Maybe you’ve recently found yourself with some extra time these days? If you live in an historic house (or know someone who does), consider learning more about it! While many museums and local archives have resources you can peruse in person, there are also many online options to get you started.

First, here are a few links from our own website for contacting local and state preservation organizations.

Second, if you live in Louisville and do not have a Louisville Free Public Library card, follow these instructions to gain access to a temporary online card. A card is required to access the many helpful resources at LFPL.org, including this list of amazing research tools!

Under Biographies & Genealogy, you can check out HeritageQuest Online, which is great for census records and city directories. Remember that many addresses were renumbered in Louisville between 1908 and 1909! The 1909 city directory actually shows this change. Here’s an example below for the Brennan House, now with the address of 631 S. 5th St. Before that, the old address was 727 S. 5th St. Note the NEW address in parentheses:

City directories also provide occupations. In 1909, Mr. Brennan was still alive (his wife, Anna, had died the year before, in May 1908). We can see from this city directory page that several of the adult Brennan children were still living at the house: youngest daughter Beulah, plus three of her brothers: Harry (president and treasurer at Rohrman Ice Co); J. Arvid O. (physician – he would add the doctor’s office wing to the house in 1912); and N. Bruce (a lawyer).

Another great thing about most city directories is that in addition to alphabetical listings of people, there’s also a section where you can search by street! This lets you see addresses, cross streets (Chestnut in the example for Fifth St South below), and neighbors’ names – often helpful if you know an address, but not who lived there at the time.

City directories also have business listings and often some great advertisements! Remember that they usually only include what is considered the city limits at the time, so neighborhoods outside these limits may not be included. Suburban directories exist for Louisville starting in the late 1950s. Check out a city directory today!

Next time on “Research your home from home!”: MAPS! Go to Part 2 here!